Facts About the Plague

Home / news / Facts About the Plague

It is not so fun to start 2018 discussing about the Black Death. So, let’s talk about this macabre topic before this year ends. 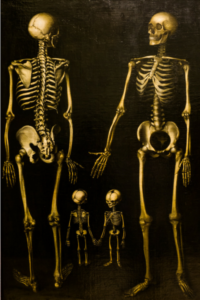 Here are some facts you should know about the sickness that can wipe out an entire population in a few weeks.

A big chunk of Europe’s population succumbed to plague

One-third of the population in Europe in the 1300s died because of the plague or the Black Death. Plague is actually found throughout the world.

The countries in Africa recorded the greatest number of plague infections in humans. And just August to November of this year, an outbreak of the plague on Madagascar has infected more than 2,000 people. It claimed a few hundred lives. However, the largest concentration of plague infections in animals is in the United States and in the former Soviet Union.

Rats can be carriers of plague

Plague is an infection caused by the bacterium Yersinia pestis, which is found mainly in rats and fleas. The plague is spread through rates and flea bites. Make sure to remove these pests from your home and garden by getting the services of pest control experts.

There are three forms of plague: bubonic, septicemic and pneumonic. Don’t worry, though, plague is rare today. With today’s improved living combination and antibiotics, the plague is not as common as it was in the Middle Ages.