Stinging and biting insects refer to pests that sting or bite. These insects may either belong to solitary or social groups. With solitary species, members live independently of each other. This group includes mosquitoes, velvet ants, and carpenter bees, among others. Social insects, on the other hand, live together in colonies. These groups usually have queens, like hornets, bumble bees, and paper wasps.

Wasps feed on liquids, especially fruit juices. The common symptoms of a wasp sting are redness, pain, and small swelling. To deal with the sting, one should wash the affected area with soap and water, and apply a cold compress. 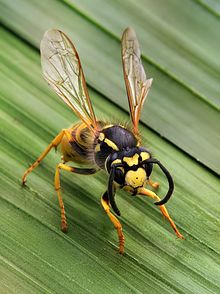 Yellowjackets are usually found in colonies with 4,000 workers. Yellow jackets can cause a very severe, sometimes fatal, allergic reaction. Once stung and you observe difficulty in breathing, seek medical help immediately.

The colonies of European hornets usually contain 200 to 400 members. They are mostly found in late summer. European hornets are active at night. They swarm in areas where there is light as they’re attracted to light. The bite of these insects caused swelling and redness on the affected area. In the case of multiple stings, which insert a large quantity of venom in the body, a person may exhibit toxic reactions that require immediate medical attention.

Male mosquitoes don’t bite. Only females do as they need blood to reproduce. Mosquitoes detect body heat and chemical signals, such as carbon dioxide when we exhale, to find their prey. Mosquito bites can be fatal as some carry virus that causes dengue, malaria, and encephalitis, among others.