You may not be an entomophobic or insectophobic — a person who has an excessive fear of one of more classes of insects — but it is still normal to find yourself fearing some insects. This is not irrational as some species are among the deadliest animals on earth.
Insects, unlike arachnids, only have six legs. They are usually smaller in size compared to arachnids. Though small, some of these insects are very dangerous. Here are the ones you should be very afraid of.

Killer bees or Africanized honey bees are among the most dangerous insects in the world. They not only attack humans and other animals, they also kill other honeybees to take over their hives. The bees usually form a swarm, stinging their prey. One sting may be harmless to humans, but thousands of these bees can attack their target at once, causing death. 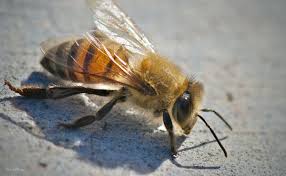 Mosquito is, perhaps, the deadliest insect in the world. Each year, more than seven hundred thousand people die of diseases brought by mosquito bites. When a mosquito bites a person, it injects a deadly pathogen into the bloodstream. The diseases mosquito brings include West Nile Virus, Yellow Fever, malaria, Rift Valley River, encephalitis, and lymphatic fiarisi.

The bullet ant has one of the world’s most powerful venom. Its sting is said to be the most painful sting of any insect; a person bitten by one feels as if shot with a gun. Bullet ants are found in South American rainforests. Fire ant, on the other hand, is considered the piranha of the ant world because it’s very aggressive. The bites of fire ants cause a burning sensation. They can also damage crops and equipment.

The sting of the Asian Hornet, also called the Giant Japanese Hornet, has the highest concentration of acetylcholine, a pain-causing chemical. What’s more scary is that its sting can dissolve human flesh.

Don’t be fooled by its name. Kissing bugs aren’t sweet at all, they’re deadly. It causes Chagas Disease, which kills a person slowly, but painfully by deforming the heart and intestines. And until now, there’s no cure for this disease. 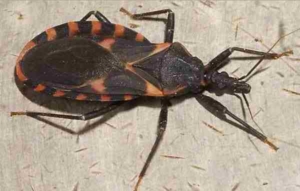 Some insects can’t directly attack humans. However, they are still considered deadly because they can spread diseases. Locusts, for instance, are said to cause the collapse of empires as they destroy food supply, leading to starvation. Fleas too are deadly as they spread the plague, leading to Black Death, the greatest epidemic in history.

Fortunately, the majority of the insect species are not dangerous. These include the critters found in your home. If they’re present in a huge number, however, they can spread disease and damage your properties. If insects become bothersome, you can always call a pest control expert from Parsons Pest Management.