Mosquitoes are everywhere. They can be found in almost every continent. There are over 2,500 species of mosquitoes out there. Although mosquitoes bring deadly diseases that can wipe out an entire population, some people don’t consider them a menace. Do not underestimate the health risks mosquito brings. Learn more about this small, yet deadly insect.

Fact #1: Mosquito is the deadliest insect in the world

Mosquito is, perhaps, the world’s deadliest insect. Each year, over seven hundred thousand people die of diseases related to mosquito bites. A mosquito injects a deadly pathogen into the bloodstream when it bites its prey. The diseases mosquito brings include West Nile Virus, malaria, Rift Valley River, Yellow Fever, encephalitis, and lymphatic fiarisi.

Not all mosquitoes bite, only the females do. Male mosquitoes use flower nectar for sustenance. The amount of blood a female mosquito can drink is up to three times its weight in blood.

Although there are around three thousand species of mosquitoes, most of them do not really pose hazards to humans. Some species that are dangerous to humans are Anopheles as these ones carry malaria. Anopheles mosquitoes also transmit encephalitis and filariasis (also called elephantiasis).

Fact #4: In only takes 2 weeks for mosquito eggs to become adult

Mosquitoes can develop from egg to adult in 10 to 14 days. Adult mosquitoes live a few weeks to several months more, while they breed and lay eggs. 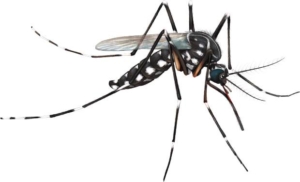 Mosquitoes fly at speeds between 1 and 1.5 miles per hour. This is rather slow in the insect world. Mosquito wings actually beat 300 to 600 times per second. This explains the buzzing sound we hear when a mosquito is near.

For any problem regarding mosquitoes, call an expert from Parsons Pest Management.